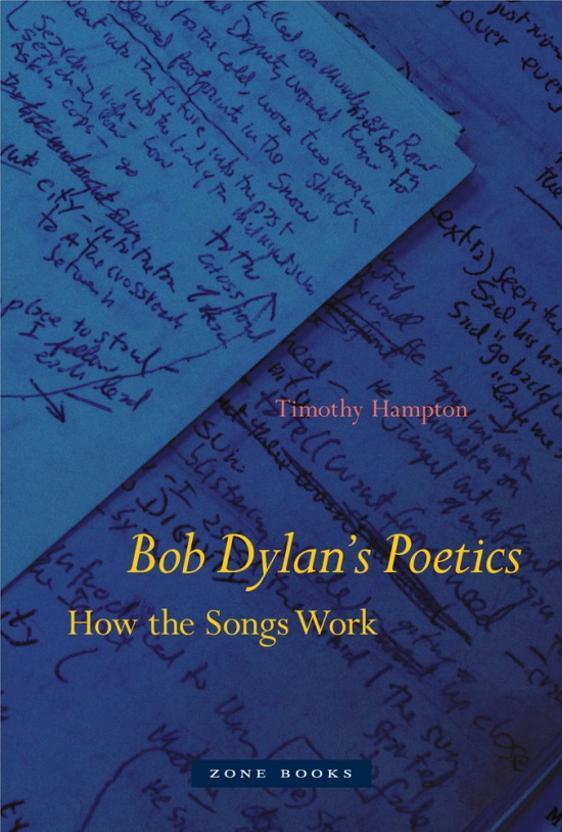 Study of Dylan's achievement as a maker of songs, focusing on the intersection of music and lyrics.

Bob Dylan's reception of the 2016 Nobel Prize for Literature has elevated him beyond the world of popular music, establishing him as a major modern artist.  However, until now, no study of his career has focused on the details and nuances of the songs, showing how they work as artistic statements designed to create meaning and elicit emotion.  "Bob Dylan's Poetics:  How the Songs Work" is the first comprehensive book on both the poetics and politics of Dylan's compositions.  It studies Dylan, not as a pop hero, but as an artist, as a maker of songs. Focusing on the interplay of music and lyric, it traces Dylan's innovative use of musical form, his complex manipulation of poetic diction, and his dialogues with other artists, from Woody Guthrie to Arthur Rimbaud.  The book offers both a nuanced engagement with the work of a major artist and a meditation on the contribution of song at times of political and social change.

"This is an essential Dylan book and unlike any other.  Hampton left me with a deeper appreciation of Dylan's uniqueness as both songwriter and singer--his methods, his lyrical and poetic brilliance, his many voices." -Dean Wareham, musician (Galaxie 500, Luna) and author of "Black Postcards."

"Of books about Bob Dylan, there is no end.  .  .Timothy Hampton's book, however, is of genuine interest. . .A stimulating and wide-ranging study."  -M.C. Caseley, Stride Magazine.

"Bob Dylan's Poetics:  How the Songs Work," is the best account thus far of Dylan's poetics:  how--by what concrete means--Dylan's songs come to signify, and how remarkably they do." -Dylan Montanari, Spectrum Culture

"Timothy Hampton's detail-laden study of text and form in "Bob Dylan's Poetics" is a resource of literary-musical intepretation to start from and return to--and will likely prove to be indispensable."  -Robert Sean Wilson, Los Angeles Review of Books

"Richly allusive and smart. . .this is a convincing book as well as an exhilarating one.. .As much fun as I've had with a book this year."  -Phillip Martin, Arkansas Democrat-Gazette

"With a style that turns analysis into a form of suspense, Hampton can walk you through "Visions of Johanna" or "Summer Days" the way the art historian T.J. Clark can walk you through Manet's "Olympia."  There's the same generosity of spirit, the same love for the work and the social meanings it absorbs, transforms and sends back."  -Greil Marcus, Rolling Stone