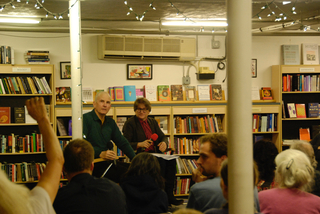 At Labyrinth with Nigel Smith

Office Hours.
Fall 2021, Tuesdays, 2:30-4 and by appointment. Contact me for a Zoom link.
NB: Beginning in fall 2017 I will be the Director of the Doreen M. Townsend Center for the Humanities at Berkeley. You can contact me there.

November 2020, Interview on "New Books on the Performing Arts" Podcast.