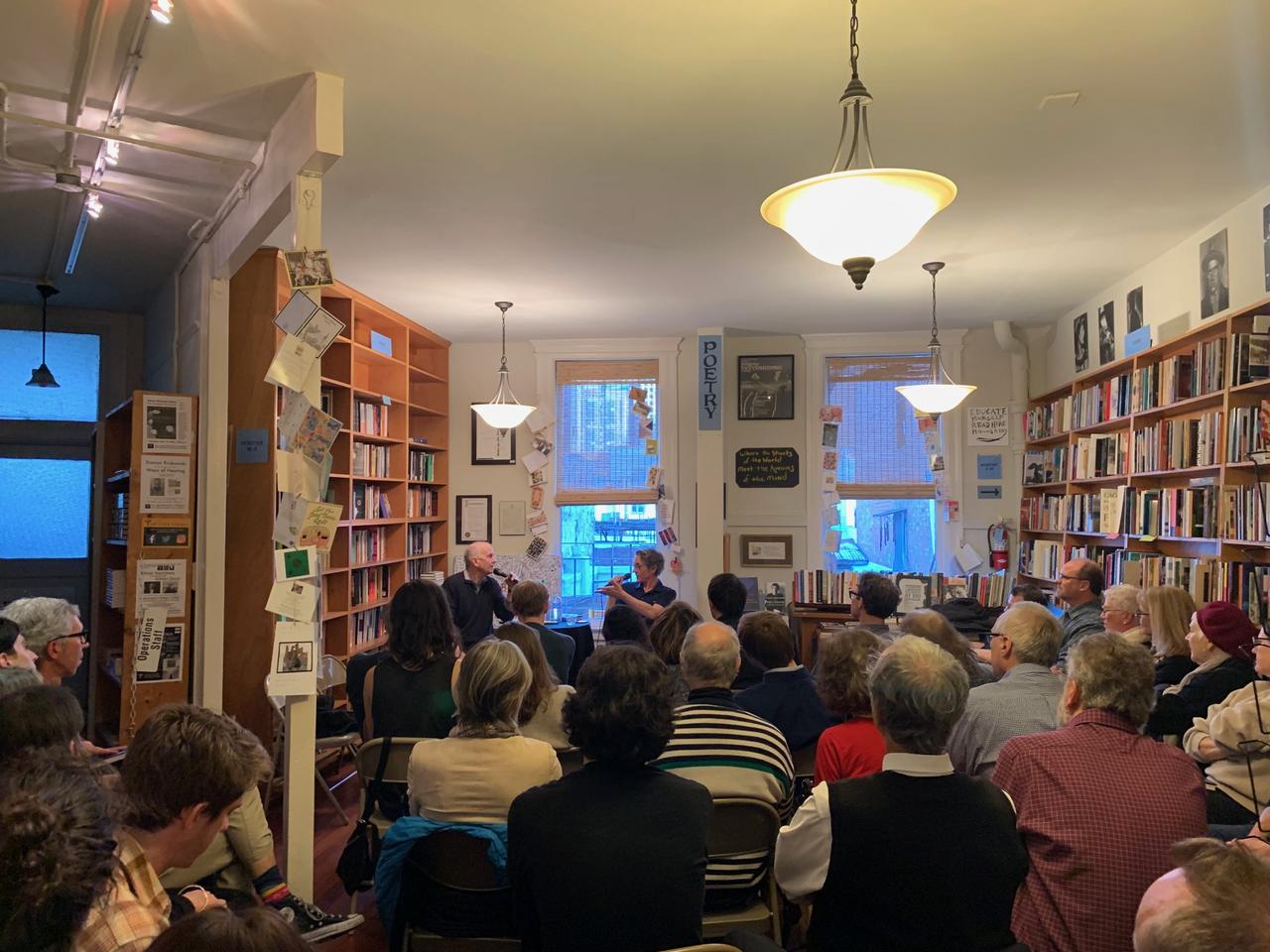 With Dean Wareham at City Lights

My Book "Bob Dylan:  How the Songs Work," is now out from Zone Books in paperback.
"Cheerfulness: A Literary and Cultural History." Forthcoming from Zone Books, 2021.

Colonies Before Colonialism.
Montaigne and the Arts of Reading.

The Politics of Babel: The Languages of Diplomacy in Early Modern Europe.
A translation of Philippe Soupault's, "Terpsichore," the first sustained writing in French about Jazz (1928). In collaboration with Jessica Levine.

"Baroque Diplomacy," in Oxford Handbook to the Baroque, edited by John Lyons, 2019.

"The Early Novel and the Transmission of Culture," with Linda Louie, in the Oxford Handbook to the Novel in French, edited by Adam Watt, 2019.

"In the Shadow of War: Tragedy, Diplomacy and the Poetics of the Truce." In "Soft Power and Theater in the Early Modern Period," edited by Nathalie Riviere de Carles.

"Virgil in India: Epic and Military Strategy in the Lusiads." MLN, spring 2016.

"Colonies Without Colonialism: Territory, Population, and Literature from Foucault to Montaigne." In Humanism/Anti-Humanism, edited by Jan Miernowski.

An essay on the great Portuguese poet Camões and the problem of how to defeat your enemies when you are stuck in an epic poem and your men are badly outnumbered. In MLN, Spring 2016.

A study of the literary representation of national community in early modern France. The book studies the intersection between debates about French identity and Christian identity and a series of literary encounters between the French and the non-French "Other" (Turks, Americans, Italians, etc.). The topic of community is understood as a problem of literary genre; crisis of community is depicted in literature through moments of generic breakdown or transformation. Detailed studies of works by, among others, Rabelais, Montaigne, Du Bellay, Marguerite de Navarre, and Corneille. Winner of the Scaglione Prize of the MLA for the best book in French and Francophone Studies. (Cornell University Press, 2000).

This book is the first full-scale study of the relationship between the rise of modern diplomacy in the Renaissance and the emerging world of secular literature. Studies of such authors as Montaigne, Shakespeare, Racine, Machiavelli, Tasso, and Camoens, as well as major thinkers in the development of diplomacy. (Cornell University Press, 2010).

Study of Dylan's achievements as an artist of song, focusing on the intersection of lyrics and music.

A study of the Renaissance reception of classical historical models and their value as exemplars of prudent political and moral action. This book is a study both of the uses of history in the Renaissance, and of the intersection between historical thinking and the rise of modern literature. Studies of such authors as Machiavelli, Shakespeare, Montaigne, Tasso, Cervantes, and Erasmus. (Cornell University Press, 1990).
Winner of the Bainton Book Prize for the best recent work in Renaissance Studies

Coming in January:  CHEERFULNESS:  A LITERARY AND CULTURAL HISTORY

"Cheerfulness:  A Literary and Cultural History" tells a new story about the cultural imagination of the West.  The book shows how cheerfulness--a momentary uptick in emotional energy, a temporary lightening of spirit--functions as a theme in the work of major artists from Shakespeare to Louis Armstrong.  It studies both the philosophical construal of cheerfulness--as a theme in Protestant theology, a focus of medical writing, a topic in Enlightenment psychology, and a category of modern aesthetics--as well as its role as a structuring element in stories and poems.  The argument moves lightly across the world of such crucial figures as Montaigne, Hume, Jane Austen, Emerson, Dickens, and Nietzsche, to trace a new history of the emotional life of European and American culture.  A conclusion, on cheerfulness in pandemic days, stresses the importance of lightness of mind under the pressure of catastrophe.  The books offers an original argument on a topic never before systematically studied.  New light is cast on the history of literature, on the intersection of culture and psychology, and on the history of emotions.

The first full-scale account of both the poetics and politics of Dylan's compositions.  It studies Dylan, not as a pop hero, but as an artist, as a maker of songs.  Focusing on the interplay of music and lyric, it traces Dylan's innovative use of musical form, his complex manipulation of poetic diction, and his dialogues with other artists, from Woody Guthrie to Arthur Rimbaud.  The book offers both a nuanced engagement with the work of a major artist and a meditation on the contribution of song at times of political and social change. 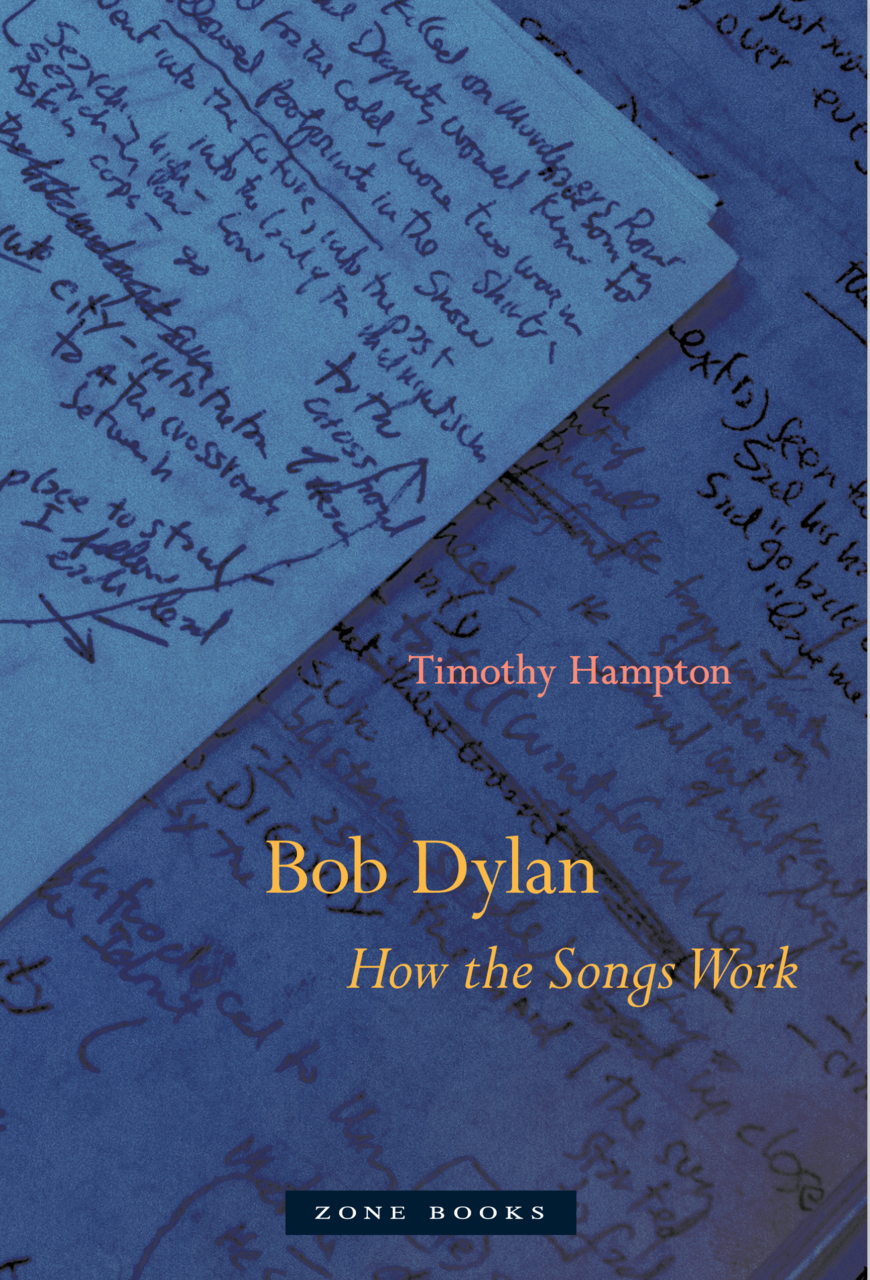